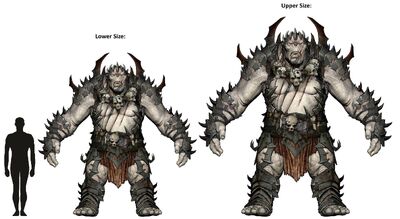 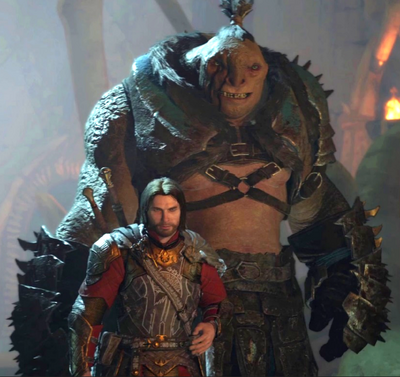 Olog-hai, also known as Ologs, are trolls twisted by Sauron's magic to resist the sunlight that would turn an ordinary troll to stone. Still somewhat rare in Mordor, they generally use only the Black Speech, though they understand the tongues of other Orcs. The Uruk-hai tend to fear them for their immense size and their close connection to the Dark Lord, who has bred them for war against the west.

As Sauron's most recent creation, the Olog-hai tend to treat the Dark Lord with and almost religious reverence. Despite their taciturn nature, they can be clever indeed and know much of Mordor's inner workings

They are one of the types of Enemies in Middle-earth: Shadow of War.