Shadow of War continues the narrative from Shadow of Mordor, following Talion who is still infused with the spirit of the elf lord Celebrimbor. Talion has forged a new Ring of Power, which Celebrimbor believes could be controlled to avoid becoming a Dark Lord and instead become a powerful king. Talion, while less interested in power, believes Celebrimbor's cause is just and agrees to help in facing the newly returned Sauron and his Nazgul forces 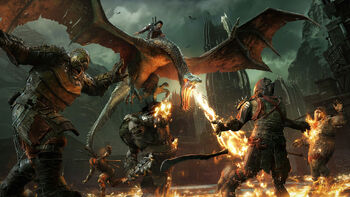 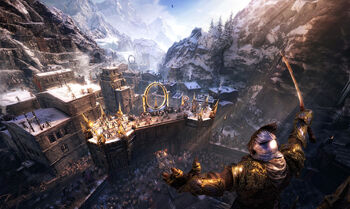 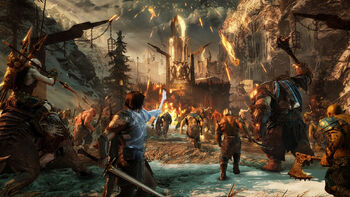 How to help
See how you can help contribute to Middle-earth: Shadow of War Wiki! Remember to maintain a standard for grammar and punctuation in your contributions, please.
Register
Register an account to keep track of your contributions.

Main page sections: 1 · 2 · 3 · 4. Changes for the main page can be proposed here.
Retrieved from "https://shadowofwar.gamepedia.com/index.php?title=Middle-earth:_Shadow_of_War_Wiki&oldid=3506"
Category: